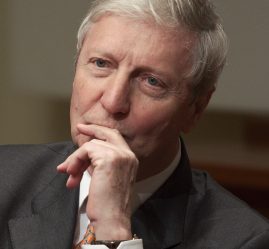 Jules Hoffmann is a Professor at the University of Strasbourg and Senior Researcher at CNRS (Centre National de la Recherche Scientifique). He dedicated his work to the study of the genetic and molecular mechanisms responsible for innate immunity in insects. The work of Hoffmann and his associates has provided new insights into the defence mechanisms that organisms, from the most primitive up to humans, employ against infectious agents. By demonstrating the marked conservation of innate defence mechanisms between insects and humans, the work initiated by Hoffmann and his collaborators has led to a re-evaluation of the role of innate immunity in mammals. More generally, the Drosophila model has enabled biologists throughout the world to make considerable progress, not only in developmental genetics and innate immunity, but also in the study of certain human pathologies and in the understanding of memory, behaviour, sleep and nutrition phenomena. With Bruce A. Beutler and Ralph M. Steinman, Hoffmann was awarded the Nobel Prize in Physiology or Medicine in 2011.

Hoffmann set up and headed the CNRS laboratory “Endocrinology and Immunology of Insects” within the CNRS Institut de Biologie Moléculaire et Cellulaire in Strasbourg, which he also directed from 1994 to 2006, and where he still works with his collaborators. He was President of the French Académie des Sciences in 2007 and 2008, and is a member of the Academy of Sciences of the United States of America, Germany and Russia. He has been awarded numerous prestigious prizes, such as, in recent years, the Rosenstiel Award for his work on immunity (with Ruslan Medzhitov; 2010), the Keio Medical Science Prize (with Shizuo Akira; 2011), the 2011 Gairdner Award for Medical Research (with Shizuo Akira) and the 2011 Shaw Prize in Life Science and Medicine (with Bruce Beutler and Ruslan Medzhitov). He also received the CNRS Gold Medal. Hoffmann is Officier de la Légion d’Honneur in France and is an Immortel at the Académie Française (2012).

Is there a trend of funding moving away from basic research?

How important do you think immunotherapy will be for cancer treatment? 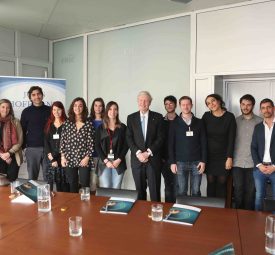 What advice to you have for anyone starting a scientific career? 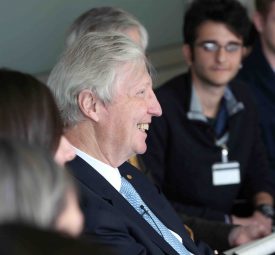 How did you hear that you had been awarded the Nobel Prize?

How did the Nobel Prize change your life? 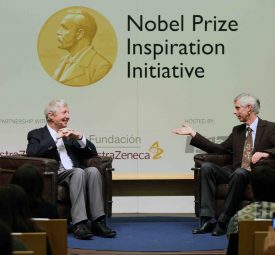 How do you encourage your students to become independent when they leave your lab?

Should scientists move into a new field at the end of their PhD?

Did you realise your work on insects would have such relevance for human biology?

Were you confident that your results were correct? 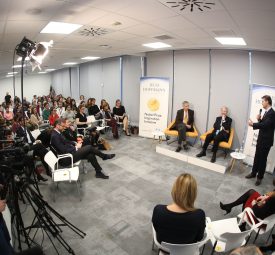 What makes an ideal collaborator?

Is it valuable for scientists to have an appreciation of the arts? 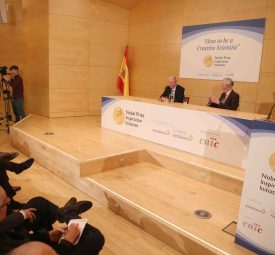 Do you feel that the Nobel Prize brings a responsibility?

Is it important to achieve high grades as a student?

Should PhD students focus on a single question?