About the Nobel Prize Inspiration Initiative

For information about Nobel Prize Inspiration Initiative events from 2019 onwards, please visit Nobelprize.org, the official website of the Nobel Prize.

The Nobel Prize Inspiration Initiative (NPII)* is a global programme designed to help Nobel Laureates share their inspirational stories and insights. By taking Nobel Laureates on visits to universities and research centres around the world, and by capturing their thoughts on video, the Initiative seeks to bring the Laureates into closer contact with the worldwide scientific community, and especially with an audience of young scientists.

The Initiative is organised by Nobel Media, the company managing media rights for the Nobel Prize, in partnership with AstraZeneca, a global innovation-driven biopharmaceutical company that focuses on scientific leadership as a key strategic priority. Since 2010, Nobel Media and AstraZeneca have together arranged events in China, India, South Korea, Japan, Europe, Russia, Brazil and the United States.

Each Nobel Prize Inspiration Initiative event lasts two to three days, during which a Nobel Laureate participates in a series of lectures, Q&A sessions and discussion panels, with particular emphasis on promoting informal interactions with younger scientists.

To learn more, watch the promotional video below:

The Nobel Prize Inspiration Initiative aims to inspire and communicate with a global audience of scientists, at all stages of their career. The video content captured during each event now forms the basis of an invaluable collection of short, inspirational clips of Nobel Laureates in conversation with young scientists. Here, the Laureates share their insights on everything from communicating research and career options to maintaining a good work-life balance. Alongside this, video highlights of all previous events are available, including a full recording of the Nobel Laureate’s lecture.

*Until 2013, these events were organised under the banner of the AstraZeneca Nobel Medicine Initiative

Nobel Media AB develops and manages programs, productions and media rights of the Nobel Prize within the areas of digital and broadcast media, publishing and events. The company spreads knowledge about the Nobel Prize awarded achievements and shares the Nobel Laureates’ inspirational stories with a global audience. Included in the company’s media portfolio are Nobelprize.org (the official web site of the Nobel Prize), the Nobel Week Dialogue, the Nobel Prize Concert and the production of official television programs such as The Nobel Prize Award Ceremonies in Stockholm and Oslo, The Nobel Banquet, Nobel Documentaries and Nobel Minds. Through the web site and programs, tens of millions of people are reached all over the world.

AstraZeneca is a global biopharmaceutical business and operates in over 100 countries. Its innovative medicines are used by millions of patients worldwide. AstraZeneca is proud to be a global sponsor of Nobel Media, with the mission of increasing the general public’s understanding of, and interest in, the achievements of the Nobel Laureates.  As an innovation-driven and research-based company striving to achieve and maintain scientific leadership, AstraZeneca is a vital partner that contributes its knowledge, ideas and resources in supporting the Initiative’s objective of inspiring the scientific community. Achieving scientific leadership is one of AstraZeneca’s strategic priorities. The company’s business is focused on turning good science into innovative, effective medicines that make a meaningful difference in important areas of healthcare.  As such, AZ have a keen interest in increasing general scientific understanding and sharing knowledge on how medical breakthroughs come about, and in inspiring the next generation of scientists to bring forth even better treatments to improve patient health and quality of life. 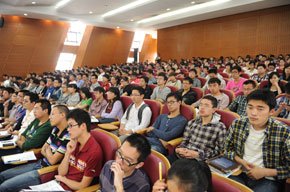 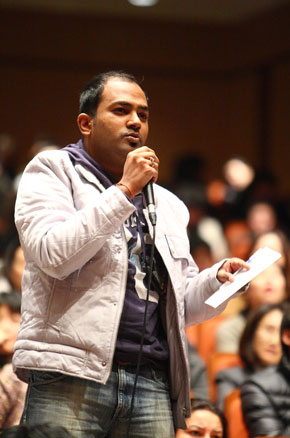 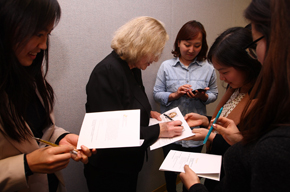 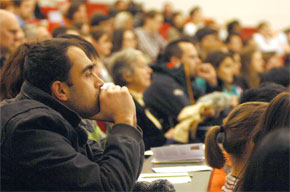