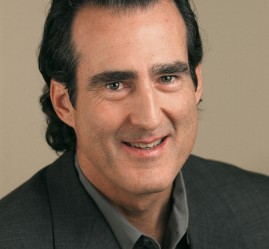 Dr Craig C. Mello is an Investigator of the Howard Hughes Medical Institute in Chevy Chase, Maryland, United States, and the Blais University Chair in Molecular Medicine and Co-Director of the RNA Therapeutics Institute at the University of Massachusetts Medical School, Worcester, Massachusetts.

Dr Mello’s lab uses the nematode Caenorhabditis elegans as a model system to study embryogenesis and gene silencing. His collaborative work with Dr Andrew Fire led to the discovery of RNA interference (RNAi), for which they shared the 2006 Nobel Prize in Physiology or Medicine. Together they showed that when C. elegans is exposed to double-stranded ribonucleic acid (dsRNA), a molecule that mimics a signature of viral infection, the worm mounts a sequence-specific silencing reaction that interferes with the expression of cognate cellular RNAs. For the layperson, RNAi is the cell’s search engine; the Google of the cell. Using readily produced short synthetic dsRNAs, researchers can now submit their own RNAi search queries to silence any gene in organisms as diverse as corn and humans. RNAi allows researchers to rapidly “knock out” the expression of specific genes and to thus define the biological functions of those genes. RNAi also provides a potential therapeutic avenue to silence genes that contribute to disease.

Before the Nobel Prize, Dr Mello’s work on RNAi was recognised with several awards including the National Academy of Sciences Molecular Biology Award, the Canadian Gairdner International Award, the Paul Ehrlich and Ludwig Darmstaedter Award, and the Dr Paul Janssen Award for Biomedical Research. He is a member of the National Academy of Sciences, the American Academy of Arts and Sciences and the American Philosophical Society. 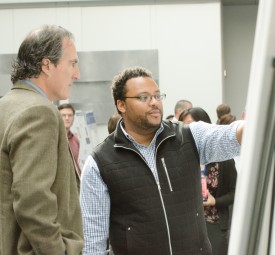 Is collaboration a necessary part of research?

How did your collaboration with Andrew Fire begin? 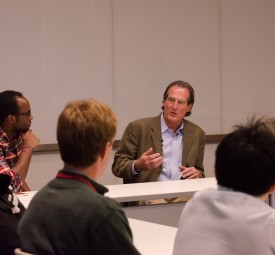 What should you do if you get an unexpected result?

Have your communication skills helped you find collaborators?

Is it scientists’ job to communicate science?

Is it difficult to get public support for research?

How do you identify an important project? 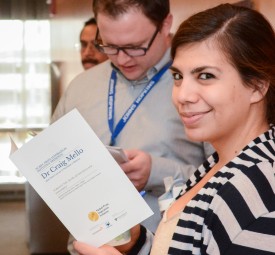 What advice do you have for graduate students? 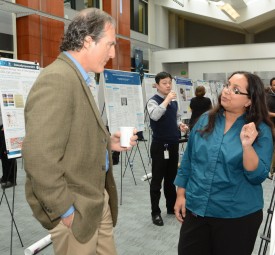 Can you describe a moment of discovery? 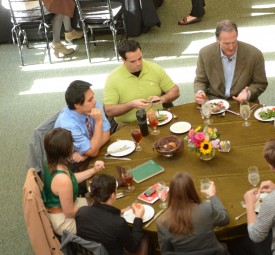 How does it feel when you make a discovery? 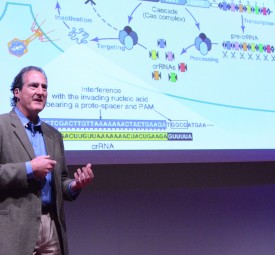 What is the best part of the scientific process?

What is the biggest challenge facing young scientists today?

Did you do well in school?

Was science discussed at home?

Did you always want to be a scientist?