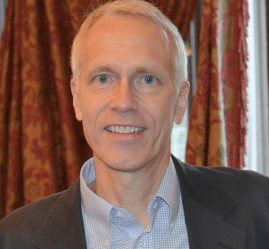 Brian Kobilka, MD, is Professor of Molecular and Cellular Physiology, and Hélène Irwin Fagan Chair in Cardiology, at Stanford University School of Medicine.

Research in the Kobilka lab focuses on the structure and mechanism of action of G-protein-coupled receptors (GPCRs), which constitute the largest family of receptors for hormones and neurotransmitters in the human genome. GPCRs are the largest group of targets for new therapeutics for a very broad spectrum of diseases. 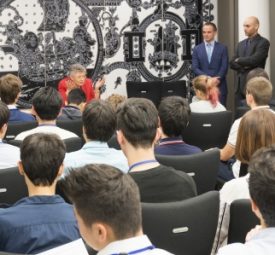 How confident should you be in your results before you publish? 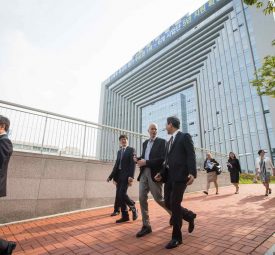 Is it possible to treat patients and do research?

How hard did you work as a post-doc?

Did you face any obstacles at the start of your career?

What do you think of impact factors?

How did you select your research field? 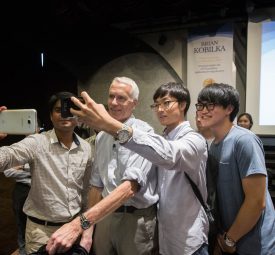 Why did you set up your own company? 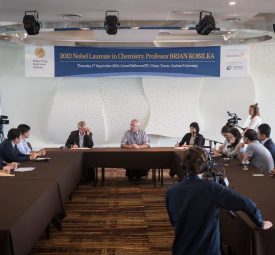 Have your broadened your research since the Nobel Prize? 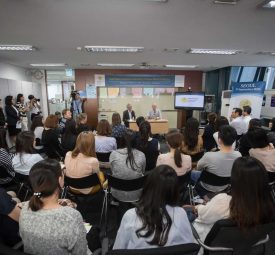 What kind of person do you like to collaborate with?

What excites you about doing science? 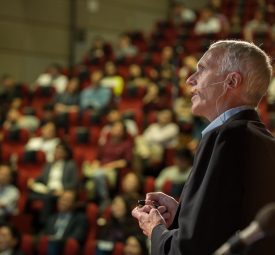 Was your early work published in high impact-factor journals?