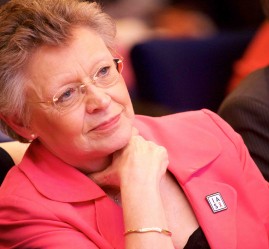 Françoise Barré-Sinoussi, PhD, has been involved in retrovirology research since the early 1970s, and is recognised for her contributions to HIV/AIDS research, in particular the discovery of HIV in 1983.

Until 2015, as Research Director at the French National Institute of Health and Medical Research (INSERM) and Professor at the Institut Pasteur in France, Françoise Barré-Sinoussi led research programs on HIV/AIDS pathogenesis, in particular on mechanisms required to control HIV/SIV infection and/or harmful T-cell activation induced in response to HIV/SIV infection.

Along with her research activities, Françoise Barré-Sinoussi has been heavily involved in promoting multidisciplinary and translational science. In 2010, she launched the International AIDS Society ‘Toward an HIV Cure’ initiative, as part of her strong involvement in advocacy to accelerate scientific evidence-based public health interventions on HIV/AIDS prevention, care and treatment.

She has a wealth of experience in collaborating with resource-limited settings through the Institut Pasteur International Network and the French National Research Agency on AIDS and Viral Hepatitis (ANRS) research programs in Cambodia and Vietnam, as part of her commitment to building capacity, training and technology transfer in Africa and in South-East Asia.

She is author and co‐author of more than 300 original publications and more than 125 review articles, and has been invited to speak at more than 400 international meetings and conferences. She was President of the International AIDS Society (IAS) between 2012 and 2014, and is still member or chair of several international scientific advisory panels and boards.

Françoise Barré-Sinoussi has been a member of the Académie des Sciences in France since 2009. She has also received more than 40 national or international awards and honors, including the Nobel Prize in Physiology or Medicine 2008 for her contributions to HIV/AIDS research. 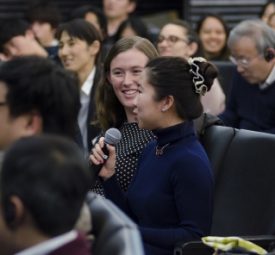 Have you encountered any sexism during your career?

Should governments fund both basic and applied science?

What role have activists played in the story of HIV?

Is there hope for an HIV cure? 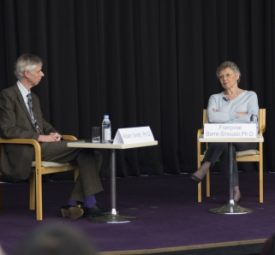 What is the most important challenge in tackling HIV?

How did you choose the direction of your early research on HIV? 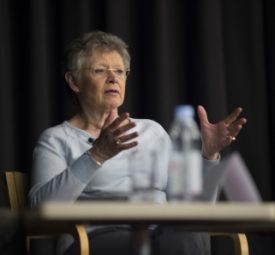 What is your advice for young biomedical scientists? 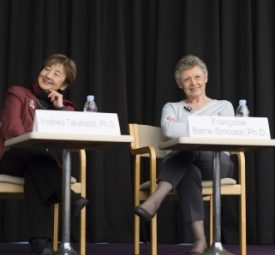 As an undergraduate, did you know that you wanted to be a scientist?

In the early days, what did you say to HIV patients who asked you for advice? 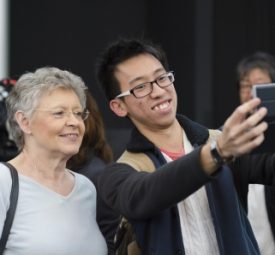 Were you expecting the Nobel Prize?